Residents of the unrecognized republic fear a military conflict

On the evening of April 28, in the Moldovan village of Varnitsa, located next to the city of Bender, which is under the control of the Pridnestrovian Moldavian Republic (PMR), a meeting was held with the President of the PMR, Vadim Krasnoselsky with Deputy Prime Minister for Reintegration of Moldova Oleg Serebrian. The urgency of the meeting was dictated by the aggravation of the situation in the unrecognized republic, where a series of explosions took place earlier in the week. The fact of the meeting was confirmed in Chisinau, although there was no official information about these negotiations in the PMR. 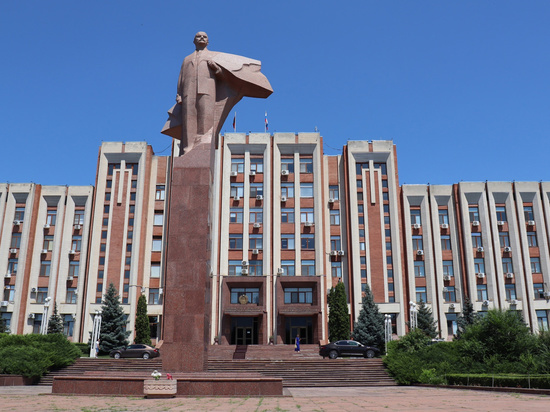 It can be assumed that the Pridnestrovian leader could inform the Moldovan side about the results of the investigation into the attacks, during which, fortunately, no one was injured. Initially, Moldovan President Maia Sandu claimed that the internal forces of the region could be behind the attacks, but then she admitted that she could be mistaken. Tiraspol, let me remind you, said that the terrorists arrived from the territory of Ukraine.

The “Romanian invasion” into Moldova and Transnistria, announced at the beginning of the week by some Russian analysts, fortunately did not take place. Nevertheless, serious security measures have been taken in the unrecognized Transnistria. Tiraspol has declared a “red”, critical level of terrorist threat, concrete blocks are being installed at the entrance to cities and around important facilities, and lists of bomb shelters are being published on social networks. Andrey Safonov, deputy of the Supreme Council of the unrecognized Pridnestrovian Moldavian Republic, talked about what is happening now in the unrecognized republic.

– The situation in Pridnestrovie is such that, of course, people have concerns. There are fears that we may be drawn into an armed conflict. The same fears are present in part of the inhabitants of the Republic of Moldova. But there is no panic and violation of the usual order of life. All establishments are operating as usual, with the exception that increased security measures are in place. There are no visible signs that something terrible is coming. Much will depend on how the diplomatic situation around Pridnestrovie and Moldova develops.

– This is a normal situation. It is better to always be ready for any surprises. At the same time, it should be noted that the official media did a lot to dispel the rumors that were constantly being thrown around – about mobilization, about an allegedly impending ban on the exit of cars from Pridnestrovie, about the alleged intention of the authorities to hold a referendum on relations with the EU. Although nothing like this was planned. There was a presidential decree that introduced a “red” code of terrorist danger, and checkpoints appeared at the entrance to the settlements of the PMR. Car inspections and document checks have become more thorough. But this did not affect the usual transport communication, including with Moldova. As for Ukraine, for many weeks we have stopped transport links with it. Ukraine closed the checkpoint on the border. Trade in the eastern direction has also stopped.

– Nothing special, it is connected with the Easter holidays. We see such a picture every year.

– It has been established that the car of the terrorists who fired at the MGB building entered Pridnestrovie from the territory of Ukraine through the fields and departed there. There were three bandits, and it took them 20 seconds to shell the building. This suggests that professionals worked.

– These are Ukrainian radical nationalists. They openly declared their intention to strike Transnistria. But there are also forces in Ukraine that have always been loyal to Pridnestrovie, were interested in the development of trade, in making things calm here. These people should not be forgotten either.

– I would divide this question into two parts. First. In Romania, a whole series of plans has long been worked out in case of a geopolitical crisis, in order to take control of Moldova, and, possibly, Transnistria at that moment. It would be strange if there were no such plans. But in the current situation, Bucharest is unlikely to decide to do something without the go-ahead from the United States. On April 28, the Americans released a very interesting statement from their State Department, which says that they see Moldova “within its internationally recognized borders”, that is, with Transnistria, as a territory of peace. Perhaps this is simply a reluctance for the Romanian troops, which are part of the NATO bloc, to clash with the Russians on the territory of Transnistria. Therefore, Bucharest's denial that no troops are preparing to enter Moldovan territory may be based on advice from Washington.

– I think that the current Chisinau administration has no desire to fight. Because it is obvious: Russia will not let Pridnestrovie be offended. In Chisinau, two principles are now fighting. This is a desire to subjugate Transnistria, which has never disappeared anywhere. And Moldova's interest in Russian gas supplies, as well as the desire to avoid clashes on its territory. I think Chisinau wants to avoid an extreme scenario.