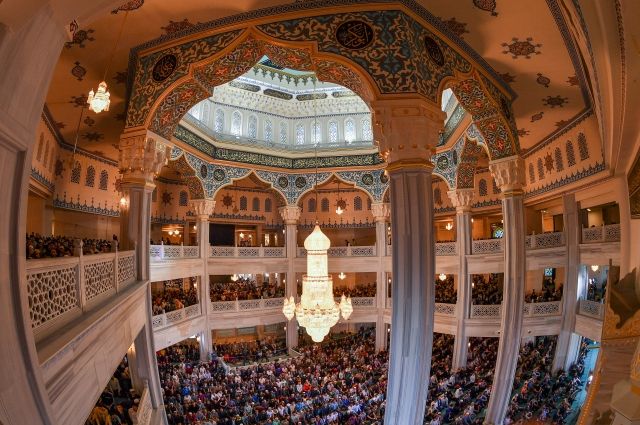 Events on the occasion of the Muslim holiday of Eid al-Fitr began in the Moscow Cathedral Mosque on Monday morning. This was reported by TASS.

A prayer is read today for the believers, after which the head of the Spiritual Administration of Muslims (DUM) of the Russian Federation, Mufti Sheikh Ravil Gainutdin, will address them with a festive sermon. Later, a festive prayer will be performed.

Believers began to gather in mosques from early morning. The agency notes that the prayer hall is full of people.

Festive prayers will also be held at the Historical Mosque on Bolshaya Tatarskaya Street, at the Memorial Mosque on Poklonnaya Hill and at a specially designated area in Sokolniki Park ;.

Eid al-Fitr is one of the two main holidays in Islam, established by the Prophet Muhammad in 624. This is the “holiday of breaking the fast”, which means the end of the fast in the month of Ramadan. wrote about the mosque in Norilsk, which was included in the Guinness Book of Records as the northernmost in the world and the only one beyond the Arctic Circle. More about it – in the material.