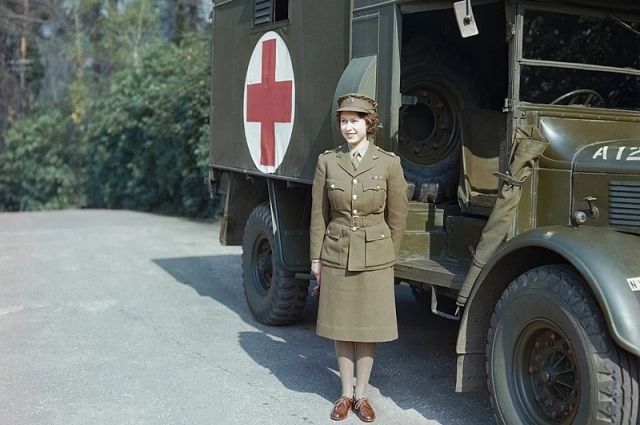 Queen Elizabeth II in our country enjoyed the sympathy of the people. Yes, and she herself, at least publicly, did not demonstrate antipathy towards the Russians.

less four decades ago, a speech was prepared for the queen on the occasion of the start… The third world war, in which the British had to come together in a nuclear battle against the USSR.

“I will never forget the sadness and pride I felt as my sister and I stood by the radio listening to my father’s inspiring words on that fateful day in 1939… I could not imagine for a moment that this solemn and terrible duty one day I would have to fulfill, », — such words should have been spoken by Elizabeth II in an address to the nation on March 4, 1983.

I must say that the British themselves learned about the existence of this speech only in 2013, after it was declassified in the National Archives.

“My beloved son Andrewis currently operating with his unit”

Clarification needed — it was a draft of the “pretend” appeal. The document was developed by the British government in 1983 during exercises that practiced the actions of the country's military and civilian structures during the outbreak of a full-scale nuclear conflict.

“Whatever horrors lie in wait for us, all those qualities that have already twice in this sad century helped us maintain our freedom will again become our strength,” — Elizabeth II had to tell her subjects.

The speech also mentions the Queen's youngest son,  Prince Andrew, at that time an officer in the country's Navy. Its authors of the text “threw into battle” in the forefront.

“My beloved son Andrew is currently operating with his unit, and we pray unceasingly for his safety and for the safety of all military personnel in our country and abroad,” — stated in the appeal.

According to the scenario of the exercise, Elizabeth II's speech was supposed to precede a retaliatory nuclear strike by NATO forces on the USSR and the Warsaw Pact countries, which had allegedly carried out a chemical attack on the UK before that.

1983 was the peak of the aggravation of relations between the USSR and the West, caused by the hard line of the US President Ronald Reaganand Prime Minister of Great Britain Margaret Thatcher.

In the spring of 1983, when the text of this speech was being prepared in the British government, a group of American attack aircraft penetrated the airspace of the USSR and carried out simulated bombing of ground targets in the Far East.

Tensions reached a peak in early November 1983, when the NATO command exercise “Experienced Archer” unfolded in Western Europe. The leaders of the NATO member countries took part in their course, and the military units practiced actions in the mode of maximum combat readiness, which implies the possibility of using nuclear weapons at any moment.

The realism of the exercises was such that the Soviet leadership decided to bring maximum readiness of its armed forces, including units of the strategic missile forces.

Fortunately, the politicians of the NATO countries and the Soviet leadership still did not cross the “red line”.

British journalists who read the draft of the Queen's speech in 2013 admitted: “Nobody would ever want such a text to hear for real.

English historians who have studied the issue claim that, as part of the exercises in 1983, the speech was really made, however, it was entrusted to be read to the official, leaving Elizabeth II herself.

< p> It is believed that the queen was blissfully ignorant of what was planned to be put into her mouth. But the real author was in the cabinet of Margaret Thatcher.

As a result, Elizabeth II  managed to avoid the grim fate of delivering a speech that marks the beginning of a nuclear apocalypse. Whether Karl III is also lucky, time will tell. The era today is no easier.