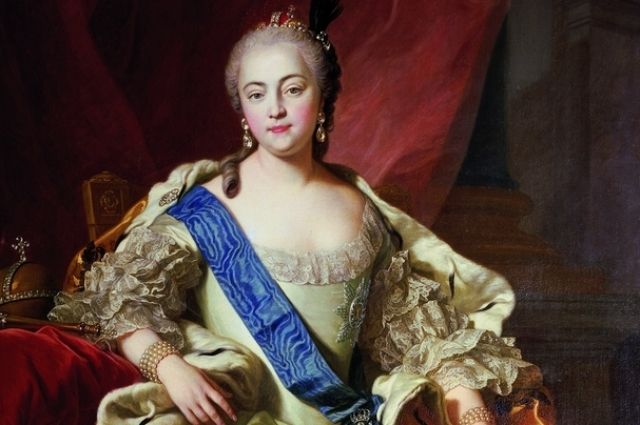 On TV channel "Russia-1" the show of the series «Elizabeth» — the first season of 12 episodes has already exceeded half. And, therefore, the viewers, satiated with a beautiful picture, costumes and wigs, swords and cupids, have a question — what Elizabeth was really?

Apparently, the authors of the series, creating the image of Elizabeth, turned to the legacy of authoritative historians — Nikolai Karamzin and Vasily Klyuchevsky. Their reviews about "Peter’s daughter" have become a kind of canon. Here is what Klyuchevsky wrote about the Empress: “Lazy and capricious, she was frightened of any serious thought, disgusted by any business activity. Elizabeth was a disorderly and wayward Russian lady of the 18th century. Karamzin generally cuts off the shoulder: “Elizabeth, an idle, voluptuous, could not govern the state well …”

Deviating from canon is scary — whoever decides to do this must provide some new vision of Elizabeth in return, and this is difficult, long and is associated with serious scientific research. Following an ingrained stamp is, of course, easier and more reliable. And even better — to simplify this canon to the utmost, to cut off all “superfluous” from it; and leave only what can handle.

Apparently, this explains the completely wild, incredible picture. In in           s s the series shown did not see temples, nor worship services, nor fools, nor choirboys, nor monks. There was only one episode, hinting at the fact that there is still some kind of religion in the Russian Empire — this is when “pages” The Elizabeths dress up as nuns to break into the house of Osterman. It turns out that Russia of that time — almost an atheistic state. Well and Elizabeth, respectively, flesh from flesh and blood from the blood of this system. Orthodoxy? Piety? No, I haven heard it.

The real Elizaveta Petrovna could from such a picture to go berserk. In this regard, a smart move was made by the creators of the film “Midshipmen, forward!”. In the first scene we are shown Paris — a place from where intrigues are woven against Russia. A second scene — already Petersburg. But not just the capital of the Empire, but a service in the temple, where there are the main persons who set the historical framework of the plot — and Vice-Chancellor Bestuzhev, and his sister-in-law Anna Gavrilovna Bestuzheva, and her daughter Anastasia Yaguzhinskaya, and French Ambassador D’Allion , and Elizabeth Lestok's life physician… Which, by the way, corresponded to the historical truth — someone would try to neglect the church service! Elizaveta Petrovna never forgave such things. Orthodox worship, and religion in general, occupied a special place in her life. A huge number of “wanderers and” wanderers ” at the yard. Constant conversations with the blessed and "elder" — the Empress called them "the most important people". Constant pilgrimages, including on foot, to the Trinity-Sergius Lavra. Or rather, then back in Trinity-Sergius Monastery — the honorary title of the Lavra was given to the monastery just at the insistence of Elizabeth. By   her same decree, a Theological Seminary was opened there.

Elizabeth was called “the last truly pious Russian ruler.” And she demonstrated these qualities while still being a princess. How could you "not notice" the deep and peculiar religious feeling of Elizabeth — big mystery. The most interesting thing is that the notorious “love” fits perfectly into this context. Elizabeth was unusually gifted musically. In the first place was, of course the same, church music — the princess “she herself understood good music and” sang in “choirs with” singers. And now remember how, in fact, a simple Cossack Alexei Razumovsky got to the court, half-destitute son of a bitter drunkard? He same — the most famous, the most important favorite of Elizabeth? Correct — he was noticed in the church choir of the village of Chemer, in Chernihiv region. And the fate of Alexei Grigorievich was decided — Elizabeth valued good voices by her weight in gold.

In general, the name of Elizabeth is associated with an unprecedented rise in national musical culture. Poet Gavriil Derzhavincalled 20 years of her rule “the age of song”. By the way, there is an opinion that she composed and she — Elizabeth is credited with the authorship of the song “In the village, the village of Pokrovsky”, which in style is very reminiscent of a classic cruel romance. And if we consider that it was at her courtyard that domestic musicians began to master such an instrument as a guitar, then it turns out that all the current Russian song — from bards and chanson to romance and punk rock, it has its roots in the Elizabethan age.

There is, however, a great temptation to take at face value a stanza from a wonderful humorous poetic treatise Alexei Konstantinovich Tolstoy«History of the Russian State from Gostomysl to Timashev»:

Merry Queen
There was Elizabeth:
Sings and has fun,
Only there is no order.< /em>

In really — the creators of the series demonstrate the categorical unwillingness of Elizabeth to do business. And not that to government. And & nbsp; in general, any, except amorous. There is some truth in this. When she had already ascended the throne, Vice-Chancellor Alexei Bestuzhev had to involve the Empress in state affairs with the help of cunning. Knowing that Elizabeth did not like to read paper, Bestuzhev wrote on the envelope: “To Her Majesty, not only the most secret and most important, but” and “very terrible content.” Curious by nature, Elizabeth couldn't get past this, and without fail opened the envelope.

But the trick is that it was already in the mature years of Elizabeth. And her aversion to all kinds of papers is not last of all due to the fact that in youth she drank it all over the edge. Her mother, Empress Catherine, who ascended the throne after the death of Peter the Greatwas almost illiterate. And and therefore, during the period of her reign, it was Elizabeth who had to read all the documents, without exception, sent for the highest signature. Read aloud. Discuss their contents with the addressee. And then also to sign for an illiterate mother. In fact, Elizabeth gave her best years to the craft of the personal secretary of the first person of the state. From 1725 to 1727  she didn't rush across the dunes and powder the brains of the  pages involving senseless and dangerous intrigues, but was with her mother and handled business. It's clear that actually from under the stick. Rather, in obedience to a child's duty. Is it any wonder that this occupation, which partly took away her youth, did not subsequently cause any good feelings?

In fairness, it must be said that Empress Elizabeth was diligently engaged in some matters. And the nature of these affairs, in general, quite state-owned, draws her as a person, firstly, gifted, and secondly — pretty.

So, Elizabeth shows an enviable knowledge in commercial affairs, in European logistics and in food industry. Several of her  nominal decrees and notes are known, where the empress explains in detail how and where to buy Tokay wine, how to transport it, and how unsuitable transportation can affect the quality of wine: Vistula, flowing into the Baltic Sea; and by this river in ships to go to Gdansk, where we will send a packet boat, to transport them to Petersburg. And from now on, when we, packs in Moscow will be, then we will send wines to Moscow through Poland and Kyiv. However, remember that young wines may be damaged by the sea … ” Having revived the activity of the special Tokay Commission, which was engaged in the supply of Hungarian wine to the court, the Empress actually oversees the work of this institution for many years — here her personal interest is affected: “And I can do without this wine, which you know…”

But Elizabeth demonstrated a much greater scope by regulating the cat service. The first personal decree about cats belongs to Peter the Great — it was he who ordered “to have cats at the barns” & mdash; for the protection of those, and also for rats and mice intimidation. His daughter went on. Her  decree of  2 November 1745 of the year is known:  Find in Kazan local breeds of castrated (castrated) best and large thirty cats, convenient for catching mice, and send to S.-Petersburg a cat  court of her  imperial majesty. Well how can you not remember Bestuzhev's remark from "Midshipmen": "Yakovlev! Don't get a cat — I’ll make the mice eat it myself!”

Subsequently, Elizabeth will unfold in & nbsp; this field in full & nbsp; Her  decrees of the 1750s paint a picture of the general prosperity of seals in  state service”. “In the              ) “For planting in the  newly made under the Golovinsky house of Her Imperial Majesty, the winter quarters will select cats up to three hundred.” And, finally, a masterpiece: “Officers of the Court Office from now don let beef and mutton cats release,and instead of that,every day they release hazel grouses and grouse one by one".

In a word, instead of an eccentric, lazy and  narrow-minded young lady, who is only  occupied with the search for «love and female happiness», we are presented with a rather nice person. Moderately religious, talented, able to force himself to obey, possessing extraordinary organizational skills, and, finally, loving cats.