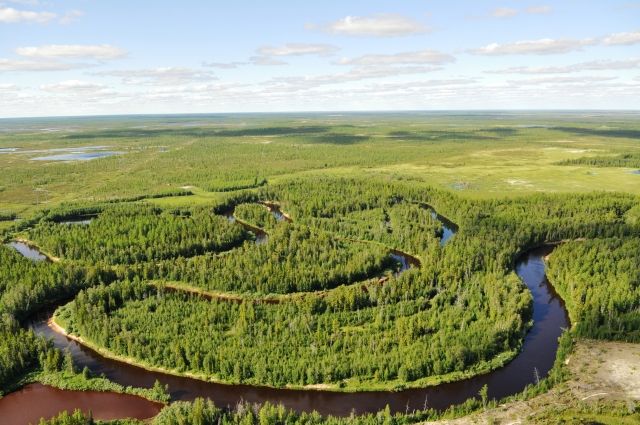 The TASS press center hosted a round table “Cleaner Future”: the role of forestry in Russia's achievement of carbon neutrality, where representatives of Russian science, the eco-community and responsible business discussed related to  topic questions.

In terms of forest area, Russia occupies a leading position in the world, and therefore, the issues of neutralizing greenhouse emissions with the help of forestland are of interest to our country from a variety of points of view. The participants of the round table noted that the forest is not only a unique resource, but also an important climate asset of our country.

In this context, they discussed the issues of managing the carbon balance of forests, as well as the Russian assessment of their absorbing ability, in the  field of their attention were also issues of reforestation and reproduction of forest areas, monitoring, prevention and extinguishing forest fires in remote areas.

In the  part of the conversation about ESG-projects of the Russian business to protection of forests, Director of the Environmental Efficiency Department of the Rosneft company provided comprehensive information. Victoria Sapozhnikova, who stressed that unlocking the potential of the Russian forest will allow us not only to achieve the goals of the development strategy of the Russian Federation and fulfil international obligations, but to realize the competitive advantages of our country at global level.

“This has really become a national task now, — said the speaker, — and business is not left out. Rosneft, being a leader in the ESG agenda, naturally got actively involved in this work».

Sapozhnikova recalled that in  December 2021, the company adopted a new strategy — “Rosneft-2030: Reliable Energy and Global Energy Transition” — and became the first company in the Russian oil and gas industry to set a strategic goal to achieve carbon neutrality by 2050 .

Victoria Sapozhnikova's report summarized the speeches of other participants of the round table in all directions. The fact is that the company intends to become the flagship and the locomotive for the development of forest climate projects in Russia. To do this, according to Sapozhnikova, its experts have carried out large-scale preparatory work in a number of areas, which can serve as a certain template for the actions of other representatives of domestic business.

In particular, proposals have been developed on the necessary changes in the legislation of the Russian Federation, methodologies for the implementation of various types of forest climate projects have been prepared. A methodology has also been developed for a fair assessment of carbon absorption by natural ecosystems, a tool base for quantitative assessment, and issues of localization and import substitution of the necessary equipment have been worked out. Applied and fundamental scientific research has been carried out, including breeding and genetic research to develop fast-growing tree species adapted to the conditions of the project, and a number of others.

The forest-climatic project of the company, according to its representative, is able to give a significant positive effect  — about 10 million tons CO2, while Russian forests, according to the data of the Space Research Institute of the Russian Academy of Sciences, annually absorb 200 million tons carbon.

Natural carbon sequestration projects will become an additional lever for the development of the low-carbon project “Vostok Oil”, implemented by the company in the north of the Krasnoyarsk Territory. The specific intensity of emissions during the operation period of Vostok Oil will be four times lower than the average for new fields of largest international companies.

It should be added that the project was approved by the President of Russia, and for its implementation on the sides of the XXV St. Petersburg International Economic Forum The company entered into cooperation agreements with Rosleskhoz and the oldest leading forest engineering university in the country, St. Kirov.