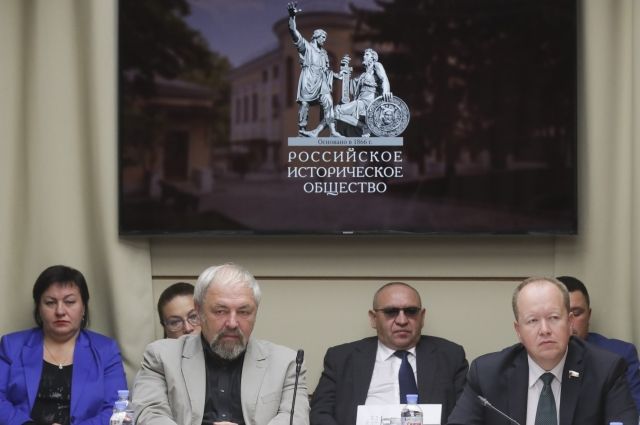 In 2022, it will be 10 years since the restoration of the Russian Historical Society.

And in 2021, the History of the Fatherland Foundation celebrated its fifth anniversary. The activities of both organizations are aimed at popularizing the historical truth, both organizations conduct educational activities, jointly implement historical projects. Chairman of the Board of RIO and Executive Director of the History of the Fatherland Foundation Konstantin Mogilevskytold AiF why it is important to support history teachers, how it is possible to fight the distortion of history at the international level, and how much the government subsidy allocated to the foundation has increased this year.

Ekaterina Barova, AiF: Konstantin Ilyich, don't RIO and the fund duplicate each other? What is the difference between them?

Konstantin Mogilevsky: Russian Historical Society — association, that is, a non-profit organization created by legal entities working in the field of historical science, historical education. These are universities, museums, libraries, academic institutions, archives, mass media. The emblem of RIO, which marks the well-developed, high-class projects of members of the society, gives a signal to history lovers that there is no stupidity, no fiction, only historical knowledge.

And the Foundation “History of the Fatherland” & mdash; is a non-profit organization created by the Russian government by presidential decree. It is a state tool for supporting historical education and popularization of national history. For this purpose, the Fund is provided with a budget subsidy. Therefore, the nature of the Russian Historical Society and the Foundation “History of the Fatherland” completely different, although the goals are common.

— Can you explain on specific projects what the budget money is used for?

& mdash; The task of the fund — financial support for projects aimed at popularizing the history of our country. Every year, a competition is held in several areas: the publication of scientific books, the creation of documentaries, the organization of exhibitions, the holding of events both all-Russian and international, the organization of historical and educational online projects, the participation of young people in archaeological expeditions. We support about 100 projects annually.

In addition, there is a very important competition for history teachers: the All-Russian Competition of Pedagogical Excellence “History at School: Traditions and Innovations”. The project has already been held six times, teachers from all over Russia can participate in it. We are investing a significant part of the provided budget subsidy in holding this competition. The objective of the competition is to identify the brightest, most interested teachers of history, those whose experience should be disseminated. Such teachers live in a variety of places: from megacities to small towns. It is very important that the winners are identified in each federal district: every year three winners are determined in each federal district, thus, every year our “elite of history teachers” increases by 24 teachers. They receive a very solid monetary bonus. The Ministry of Education called our competition the “Nobel Prize for History Teachers” and also the “Oscar of History.” For us, the support of the pedagogical community — one of the most important areas of work. Such projects give teachers a huge incentive for further development, which ultimately affects what kind of knowledge our children receive. Well, in general, all the projects of the foundation are aimed at popularizing high-quality historical knowledge. We insist that high-quality, serious scientific historical knowledge — it is not synonymous with something boring. The truth cannot be boring. And the form in which this knowledge is demanded by people can be very different: films, books, exhibitions, etc. In Russia, people are drawn to knowledge. In general, I have great respect for the citizens of our country, I believe that people deserve to know their real history.

Europe is full of propaganda

— You mentioned international projects. Have they proven their effectiveness, or is propaganda unstoppable by educational work?

& mdash; Of course, if we compare the subsidies available to our foundation and other domestic organizations that work with us on the international “plot” historical enlightenment, with the resources that are directed to the deliberate distortion of history, then the result of the comparison will be far from in our favor. After all, the chairman of the board of the Foundation “History of the Fatherland” Sergey Evgenyevich Naryshkin [Director of the Russian Foreign Intelligence Service] has repeatedly noted that all these actions of our foreign opponents are coordinated from one center across the ocean. At the same time, the effectiveness of — This is the ratio of the resource spent and the result obtained. We try to be efficient.

For example: we have two series of exhibitions that are intended for European countries. The first series, which took place two years ago, was dedicated to the liberation of Eastern European countries from the Nazis by the Red Army 75 years ago. I had the opportunity to personally participate in the opening of some exhibitions, and believe me, they are very popular. In Bulgaria, for example, at the opening of the exhibition there was nowhere for an apple to fall, so the Bulgarian people were fed up with propaganda, when they even talk about the five-hundred-year-old Ottoman yoke of “Turkish presence”, the liberation of Bulgaria from the Nazis is called occupation. The second, which is currently underway, is devoted to the history of Nazi crimes in the occupied territories. Documents and photographs were selected for the expositions, which allow a comprehensive and reliable presentation of the picture of the Nazi crimes against the civilian population. Extended annotations to the exhibition materials have been translated into all European languages. Normal people, wherever they live, are interested in keeping the memory of the victims of Nazism forever.

I can give another example. Film «Sobibor» also received support from the History of the Fatherland Foundation, albeit a small one. He successfully passed not only in the Russian box office, but also in the world. This is also the protection of historical truth and counteraction to the deliberate distortion of history. So we need to work, not give up, and the amount of funding in this matter — far from the most important thing. In general, drowning falsifiers of history in money — not our method.

— Given the increase in budget subsidies this year, will any new projects be supported?

& mdash; The subsidy is almost doubled: from 165 million to 313 million rubles. The non-budgetary component is also gradually growing, an endowment (endowment) of the History of the Fatherland Foundation has been formed. At the end of December, the Foundation Council, which includes our well-known historians, scientists, directors of respected organizations, chaired by Sergey Naryshkin decided on how to scale up the activities that were carried out before: it was decided to increase the number of supported projects and start some new ones.

In particular, we are talking about the fact that a sufficient number of documentaries have been supported over the years of work. We have the right to non-commercial distribution, and we are thinking of starting small regional festivals of historical documentary films. As an experiment, last summer they held such a festival in the Ulyanovsk region, and, you know, it was even surprising with what desire people went to the cinema.

A separate direction — installation of memorial plaques in memory of famous historians. People come to us with such requests, so we have laid a special line in the budget for these purposes. There are several directions connected with the development of school history education, especially with the study of regional history. Our task — so that the teaching of regional history would be systematized and returned to all regions. And now somewhere it goes on throughout the entire high school, somewhere — in one of the classes, and somewhere completely absent. This is a serious task that will require both the preparation of tutorials and a lot of preliminary work.

Of course, we will continue to replenish the Electronic Library of Historical Documents. This is a large project that makes available to a wide audience previously published documents that have become a bibliographic rarity. Their digitization and the possibility of contextual search are in great demand. 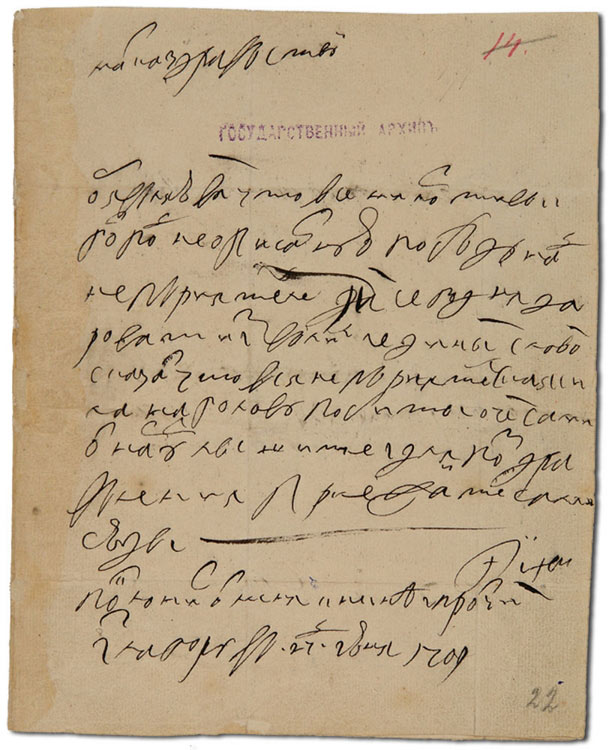 How to spend money efficiently

& mdash; Who decides which project is worthy of support?

& mdash; This is a multi-stage examination system. First, there is a pool of experts. These are dozens of historians who specialize in different fields, have relevant experience, specialize both in different periods of Russian history and in the areas of its popularization. A person who spends his whole life preparing and publishing books may not be an expert in making documentaries. Each project is reviewed by two experts, and they give points. If there is a strong disagreement in the assessments, then the third expert considers the application. At the second stage, the board of the fund already meets and considers expert assessments, builds a rating of applications. And the third stage — The Foundation Council selects the winners.

— Are there any difficulties the foundation faces?

& mdash; I would not talk about difficulties, but about complex tasks. For example, it is necessary to ensure high-quality and fast examination of applications. The budget process is arranged in such a way that we can announce competitions after the adoption of the federal law on the budget, the money actually appears in March, and all financial support must be completed before the end of December. In fact, for the entire expertise — a little over a month. When it comes to hundreds or even thousands of applications, this is a serious task. We recognize that for some projects our support is critical, and for others it helps to improve. But in both cases, it is a sign of quality, and it is very important for us to support useful, really best projects in their field.

Since we are responsible for the efficient use of budgetary funds, we must be very careful in the collection and analysis of documents submitted by support recipients in support of their expenses. The fact is that the foundation does not issue grants, but provides financial support. For non-specialists, the difference is small, but in simple terms, the — it is money in the morning and chairs in the evening, and financial support — in the morning chairs — money in the evening. That is, it is compensation for actual expenses incurred. And we must carefully monitor that all expenses are on the case, for the purposes that were indicated in the application, so that they correspond to the estimate that has passed the economic examination. There are different situations. It is often necessary to return these documents for revision, sometimes even reduce the amount of financial support if organizations cannot justify the costs.

— That is, your task is not to bureaucratize the process, but also not to waste budget money?

— Absolutely right. We are very prudent in the use of the subsidies allocated to the fund, we strictly follow the established legal norms. But at the same time, we clearly understand that we are working for our country, for the citizens of Russia.