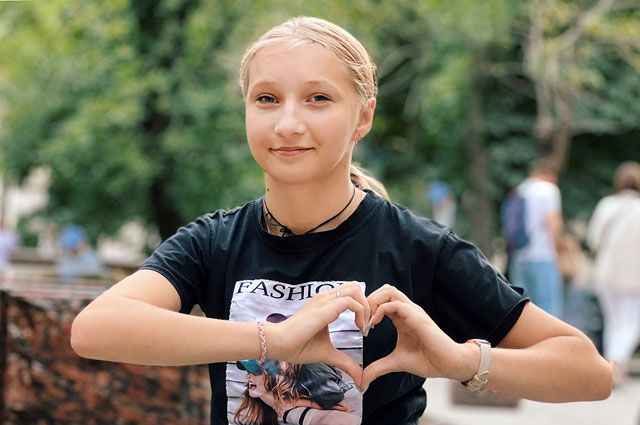 AiF Foundation. Good heart» every September 1, participates in the all-Russian action “Children instead of flowers”. We will participate this year as well. Let's join us?

Readers and friends of the foundation (and these are not just individual classes, but entire schools!) know that we help our wards together with the money saved on bouquets. And every year we make sure to tell in the September newsletter of the foundation: which of our wards children will finally be able to fully study at home, and which doctors have already allowed to go to a real school. And someone even managed to go to college or institute — because our foundation has been helping children and adults with serious illnesses for 17 years already!

While ordinary schoolchildren are enjoying online lessons and vacations, many children with disabilities and serious illnesses dream of going to the most ordinary school, to the most ordinary class, to sit in the classroom and be no different from their classmates. Do not faint from cardiac arrest, do not wear diapers or continuous glucose monitoring devices under your school uniform, do not hide hearing aids behind fashionable hairstyles.

It seems that this can be easily fixed, because now there is so much talk and writing about inclusion. But that's in theory. But in practice, tens of thousands of large and small Russian schools will not soon acquire really comfortable ramps, special classrooms with automatic doors on the ground floor, separate toilets, where any wheelchair can easily drive, and tutors for special students. Schools and colleges in small towns and cities lack money, resources, and experienced teachers. The school administration often faces a choice: to put up a ramp for the sake of one student, or to repair a collapsing roof (on all students at once) for the same money? Make a separate toilet for a wheelchair or fix the plumbing in the whole school? Spend money on new chairs and desks, or one full-time speech therapist?

It is difficult for everyone: schoolchildren who are not like everyone else, their parents, teachers, classmates, and even parents of classmates. Misunderstanding breeds fear, and fear breeds rejection. As a result, many children with serious illnesses who dream of going to school (and can do it!) — study at home. Isolated and lonely.

The fears and anxieties of parents and children about education (from kindergarten to college) can be divided into two large groups: fear of physical inconvenience and fear of social rejection.

< p>“School toilets without doors, there are very few cubicles. What if my daughter doesn't make it? What if she has to go out in class and the teacher won't let her go?»

“I get teased on the street with a robot because of a hearing aid. They will probably tease at school too.”

“When a teacher writes an example on the board and demands a quick answer, she doesn’t remember that my daughter’s vision focuses slowly. She needs time to see the board, think and respond. But not all teachers respond to a request to repeat what is written on the blackboard aloud!»

Can a regular school turn into a safe space for children with special needs, even if there are no resources to change something radically in it? Maybe if you stop thinking that installing a — solution to all problems. And start with empathy.

What a safe space should be

Safe Space — it is, first of all, a familiar, well-researched and conveniently planned place. After all, even an absolutely healthy student needs time to get used to a new building, new rules and get used to toilets, changing rooms, places for food and rest, to understand — who can be contacted in case of some physical problem or ailment.

Our ward Nastya Radostevathis year she graduated from high school and is going to leave her mining town Osinniki for the big unfamiliar Novokuznetsk. Nastya really wants to study in a real college, even despite periodic cardiac arrests. And we believe that she will succeed, because she is not going to an ordinary college, but to a humanitarian and technical boarding school, where there is a place for every student with special needs. Nastya and her mother have already come to Novokuznetsk and have seen for themselves that this college is really special.

Firstly, there is a doctor in the building itself who can help any student. For Nastya's mother, this is especially important, because throughout Nastya's school she shuddered from any call. “Sometimes passers-by approached Nastya lying on the sidewalk, took out her mobile from her bag and called me:“ Your daughter fainted at the tram stop, run here as soon as possible. And sometimes — passed by, and Nastya returned covered in snow and tears, with her fingers stiff in the cold.

Nastya's official diagnosis sounds complicated: “catecholaminergic polymorphic ventricular tachycardia”. But a simple explanation is no better — sudden frequent cardiac arrest. So frequent that even the defibrillator wore out ahead of time. And the new one, alas, did not improve the situation much.

For so many years, Nastya's mother never got used to the fact that strangers, doctors, friends, and teachers called her from her daughter's number many times. Annait's always scary to hear an unfamiliar voice instead of Nastya. But you won’t keep your daughter under lock and key either. What will it change? “This is not the disease when he gave the pill — and everything is gone. During the next attack, I look with horror at my child and understand that I can’t help anything, absolutely nothing. 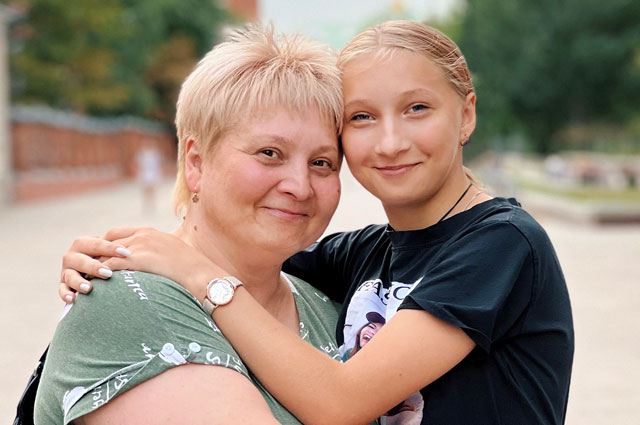 Therefore, the transparent doors in the college buildings at least reassured Anna a little: if her daughter faints in the corridor, other students or teachers will immediately see it and press the panic button on the wall, calling the doctor. And right in front of the college — hospital. And this is much, much more important for the Radostevs than wide ramps and elevators, although here they are also built correctly: at the right angle and for two wheelchairs at once.

Why a special attitude is more important than ramps

Another important issue for all schoolchildren and students with chronic diseases — how to explain to teachers their features? For example, eating on your own schedule if you have diabetes; toilet on demand, if there are problems with the gastrointestinal tract; the opportunity to relax and lie down in a separate quiet place with fainting and heart rhythm failures.

Throughout school, Nastya's mother tried to talk about the diagnosis and give clear instructions for her daughter's teachers (how to respond to Nastya's requests to lie down after fainting or with weakness, what her daughter can and cannot do, where to call in emergency cases). But it still happened that no one called Nastya an ambulance, even when it was necessary, or instead of rest, she was given a sedative pill and sent back to class. And this is not a problem of a separate school or forgetful teachers, but a systemic one. Parents of our wards often say that true inclusiveness does not come when a ramp is installed at the school or a special class is introduced, but when teachers and parents stop saying “well, stay at home if you are sick”; or “We don't have time for a special relationship.”

In college, Anna hopes, there should not be such problems, because there many teachers themselves studied at the same NGGTK. And there are not many students in groups just so that each student can learn at his own pace, receiving enough attention and support. In addition, in the classrooms, you can safely move around during the lessons, ask questions and come closer to the blackboard. And this is true inclusiveness, which we hope to see more — from kindergartens to institutes.

And we are especially worried about Nastya Radosteva's studies, because the doctors seem to have found a way out and prescribed her an operation for left-sided sympathectomy. This operation (it is also called denervation of the heart) — Nastya's last chance to save her heart from such frequent stops, and already the second defibrillator — from rapid wear. If now we manage to raise money for Nastya's operation, then she will have time to recover and go to college on time. And get all your A's in your new studies!

And we never tire of reminding parents of children with difficult diagnoses that you can always ask for help — and get it. Psychologists working in the Help Route for Families with Seriously Ill Children project funded by a grant from the Mayor of Moscow (provided by the Public Relations Committee) regularly conduct not only free online appointments, but also the School of Peer Counselors. This project of the AiF. Good heart» absolutely free for all parents of our wards. A full-fledged course of work with a psychologist not only allows parents to become psychologically more stable, but also helps to stop considering many problems insoluble. Sometimes it is worth looking with the help of a specialist at a difficult situation from a different point of view — how anxiety and fear go away & nbsp; and there are forces to act and change the world around. You can find a way out of any difficult situation. And we — we will help.

AiF Foundation. Good heart» helps children and adults with severe and rare diseases. We provide medical, legal and psychological support to wards from the most remote regions. By supporting the — you help not only them, but also their families!