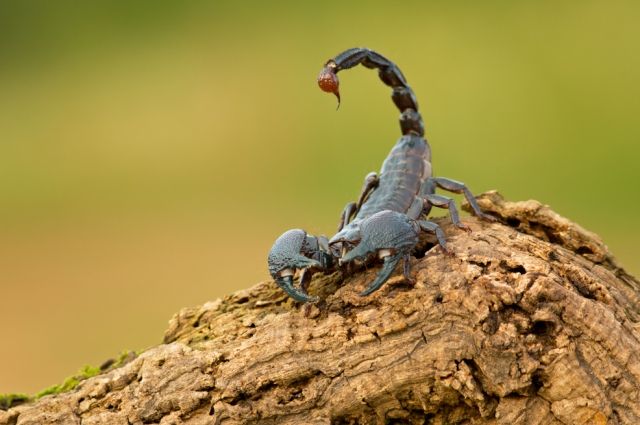 Italian scientists summed up the scientific base under how important it is to be at the right time in the right place. And received their Schnobel-2022. And who else?

At Harvard University hosted another Ig Nobel Prize ceremony. This award, which was originally conceived as a parody of the prestigious Nobel Prize, is awarded for research that “at first cause laughter, and make you think”, according to the organizers of the award.

«Applied Cardiology». The heartbeat of lovers

A group of European scientists, joined by colleagues from Aruba (a tiny island nation in the southern Caribbean), conducted a study in which they found that after the first date, the heartbeat of lovers “begins to synchronize.” This should indicate an incipient romantic feeling, as well as increased sweating of the palms.

The participants in the experiments (real dates outside the lab were conducted) wore eye-tracking goggles with built-in cameras and devices to measure physiological parameters. So, scientists have found that it is not such obvious signals as a smile, laughter, look or facial expressions that speak about attraction to a partner, but the synchronism of heart rate and skin conductivity.

This mechanism is still for researchers not clear. But they are confident that such synchronization will help strengthen social ties in society as a whole.

“Literature”. Why legal documents are so obscure

A team of scientists from Canada, the United States, the United Kingdom and Australia analyzed an array of legal texts (about 10 million words in total) and noted that these documents were unnecessarily difficult to understand. The contracts are the worst     written usually written in the passive voice and caps in the most unexpected places, making it difficult to read and comprehend.

The laureates conducted experiments on volunteers and found out that it is precisely the style of presentation of legal texts that creates problems with understanding, and not lack of knowledge at all. Scientists believe that lawyers need to express their thoughts in a simpler way. But for them to do this, you need to understand why they generally tend to use cumbersome and obscure language constructs.

In fact, maybe they write that way on purpose?

“Biology”. How to Mate During Constipation

Brazilian biologists from the University of São Paulo wondered if constipation affects mating prospects for scorpions and how. The fact is that arthropods of the genus Ananteris are able to drop their tail in case of danger. At the same time, they lose about a quarter of their body weight and remain without part of the digestive tract, including the anus. This prevents bowel movements and leads to constipation. In the perspective, death awaits such a scorpion, but he still has time to find a mate and acquire offspring.

Observations of scientists have shown that the loss of the tail does not affect the running speed and other parameters of the arthropod's motor activity. However, over time, the running speed of males decreases, while females — no. “Since death from constipation takes several months, males have plenty of time to find a mate and breed, — biologists write in their article.

“Medicine”. About the benefits of ice cream in chemotherapy

Chemotherapy is fraught with many side effects for cancer patients, including inflammation of the mucous membranes. Researchers from the Medical University of Warsaw suggested that this effect could be reduced by cooling the patient's mouth while injecting the drug with the help of ice cream.

Scientists analyzed the condition of 74 patients. Some of them ate three servings of ice cream from the hospital buffet after a session of chemotherapy. It turned out that they developed side effects two times less often than others. Polish doctors hope that “cryotherapy” ice cream will be a good method of dealing with at least one negative consequence of toxic chemotherapy.

"Engineering". How many fingers does it take to open a door

A group of Japanese researchers at the Chiba Institute of Technology were awarded for trying to find the best way for people to “use their fingers to turn a knob.” Simply put, they wanted to figure out how many fingers it takes to easily open a door.

The winners analyzed the situation for ball-shaped door handles of various diameters. So they managed to establish at what diameter we turn the handle with two fingers, and at what diameter we use three fingers and and more. In addition, the Japanese learned exactly how a person's fingers move when opening a door.

Scientists consider the results of their work to be very useful — they will be useful for more precise design of door handles. “In the design industry, many people study such unconscious human behavior, and we did it too, — Gen Matsuzaki said during the broadcast of the award ceremony, lead author of the study.

“Art History”. What was in  Mayan enema

Dutch pharmacologists conducted a study called “An interdisciplinary approach to scenes of ritual enemas on ancient Mayan pottery”. After examining the classic examples of this pottery, scientists have noticed that they have many scenes with enemas, and have made the discovery that the Indians of Mesaamerica practiced the rectal administration of intoxicants.

“This idea is contrary to the traditional view that the ancient Maya were a contemplative people, not indulging in ritual ecstasy,” — researchers write. They mention pottery depicting a man being vomited and conclude that this is why the Maya chose rectal alcohol. Yes and not only alcohol. After carefully analyzing the drawings on ceramics, scientists realized that the Mayans injected themselves into the  rectum of a whole arsenal of psychoactive substances, including tobacco and infusions of various colors.

However, is it any wonder, because the study was conducted in ;Netherlands.

“Peace Prize”. Instructions for the gossip

An international team of scientists led by a Chinese Jonghu Wu received the Ig Nobel “Peace Prize” for development of an algorithm to help gossipers understand when it is better to tell the truth, and when to lie. “Honesty and Dishonesty in Gossip Strategies: A Suitability Interdependence Analysis” that was the name of their work.

The researchers simulated four game situations in which two interlocutors participated. In          — unfavorable to anyone, in the two remaining — beneficial to only one of the parties. It turned out that if the significance of the interlocutor for you corresponds to the expected effect of the spread of gossip, it is better to be honest in a conversation with him. If they differ, you can lie.

The Prize in Physics was awarded to scientists from China, Great Britain, Turkey and the USA. They were trying to find out how the ducklings line up when they swim behind the mother duck. Having calculated the resistance of the waves, the researchers realized that starting from the third duck in the formation, the phenomenon of the so-called destructive interference occurs. It leads to the fact that the waves do not slow down the chick, but, on the contrary, push it forward.

Italian economists received their Schnobel for proving that success most often comes not to talented people, but to lucky people. In other words, it is important to be at the right time in the right place. And talent, purposefulness and applied efforts, it turns out, are secondary.

«Safety precautions». Watch out for moose!

In this category, the award went to Magnus Gens of Sweden from the Royal Institute of Technology. He designed a moose dummy for car crash testing. The researcher hopes that this will make it possible to create cars that are safer both for animals that the car may collide with and for passengers.