As before, we are seen as an alternative, and we cannot escape this role

The special military operation in Ukraine brings back to our lexicon, it would seem, almost obsolete terms. Already in the State Duma they are discussing the return to the Criminal Code of the Russian Federation of such concepts as “sabotage” and “sabotage”. It turns out that both are quite present in today's world. And I want to recall another undeservedly forgotten word, which, in my opinion, carries an extremely positive message – “international”. There is another unfairly forgotten, negative, but no less relevant concept – “neo-colonialism”. And if you combine these two words and look at them through the prism of our special military operation and the attitude of most countries of the world towards it, you get “anti-colonial international”. 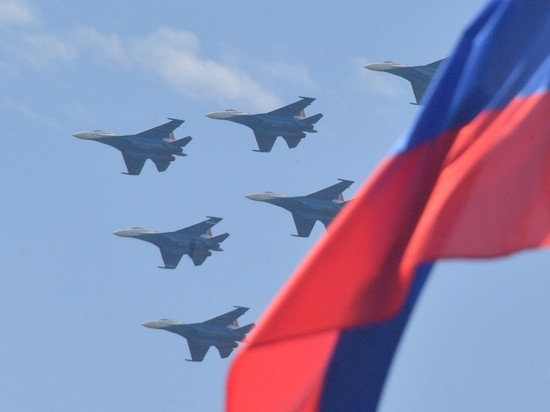 It is quite obvious that we have the initiative in the NMD and the Ukrainian armed formations will not be able to intercept it, even if the West showers them with money and weapons. Therefore, what may look like not fast enough progress from our side looks like a catastrophe from the opposite side – Russia has challenged the entire West, or, as they like to say, “the world community” (I remind you that less than 800 million people live in the G7 countries). people out of a total world population of 8 billion) and the West doesn't know what to do about it. It is impossible to defeat Russia by military force, to crush it with sanctions either – this is already quite obvious. Leaving everything as it is for the West also, primarily due to pride and inability to negotiate on an equal footing, is still unacceptable – if Russia cannot be forced to continue to obey the “new world order” built after the destruction of the USSR, then others will follow its example. And the history of the 20th century may repeat itself, when, after the Second World War, as a result of the rapid growth of the socialist camp, the collapse of the world colonial system and the development of the non-aligned movement, Western countries were almost driven into their natural borders, which for them is almost like death both politically and politically. economic point of view. After all, the relatively high standard of living of some citizens of Western countries has been based for centuries primarily on unequal exchange with the whole world, in other words, on robbery.

And this order was unshakable, and the situation of the exploited states, despite numerous uprisings against the colonialists, was hopeless, until the Soviet Union entered the matter in the 20th century. It turned out that the Western masters of the colonialists can be successfully resisted both by military force and by economic force. At the height of its power, the USSR to varying degrees controlled between half and two-thirds of the world. Moreover, our country built relations with its partners on a fundamentally new basis. Unlike the Western countries, which treated the rest of the world as masters, there was not the slightest arrogance in relations between the USSR and its friends, we treated even the smallest states as equals, and people felt it.

With the beginning of perestroika, the word “internationalism” became almost a curse word in our media. It has been argued that we supposedly feed half the world without any economic sense. Actually, the “perestroika” and “reformers” began to fight with international, that is, with global thinking, since a country that they intend to integrate into the world production chains as a raw materials appendage cannot have any international interests, except for those that will be pointed out senior “partners”.

Yes, the USSR helped many countries in the world, and, in my opinion, this was absolutely justified from the point of view of morality and ethics, since we brought culture and progress to countries, including the most economically backward at that time. True, in recent years, the topic of “economic inefficiency” of assistance to our allies during the Soviet era has gradually faded away – the annual figures for the export of capital from Russia look painfully unattractive, which cannot be compared with the volumes of “that” our assistance. Moreover, in those days, and, excuse me, for our money we received unconditional loyalty and promotion of our geopolitical interests. And what we get from the annual leakage of tens or even hundreds of billions of dollars from our country, for example, is completely incomprehensible to me. Regarding loyalty, let me remind you, by the way, that during our operations in Hungary in 1956 and in Czechoslovakia in 1968, the military component was provided not just by the USSR, but by the countries of our military bloc – the Warsaw Pact – and the most active were far from the then authorities of the USSR. In particular, the GDR and Poland reproached us for indecision. I'm not talking about our Cuban comrades, who operated on almost all continents.

Unfortunately, after the fate of Najibullah, Nicolae Ceausescu, Erich Honecker and Markus Wolf, as well as hundreds and thousands of our lesser-known friends around the world, our allies greatly diminished in the 90s of the last century. Yes, then we ourselves did not strive for allied relations, reducing everything to a completely erroneous thesis that we now have no friends, but only interests. It may work in trade, but not in politics. People always remain people, and in addition to reasonable, even if sometimes selfish and even cynical interests, they have emotions that are almost more important than the arguments of reason – love, fear, hatred and the whole gamut of human feelings. The same applies to countries. Therefore, we often cannot understand the actions of our recent “partners”, and now (as, indeed, always in fact) enemies who are ready to go to significant costs in order to rot us. We are looking for the voice of reason or some kind of cunning plan in their actions, but they simply hate us and are afraid of us “from the bottom of their hearts”, or whatever they have instead of it. And we, having lost almost all allies, repeat this dull phrase adapted to our country: “Our country has no friends, only the army and navy.” But why did the Soviet Union have the strongest army and navy in history and a great many friends?

In general, if a country has no friends, then this only means that its diplomats are unsuitable for the profession, and nothing more. Fortunately, in today's Russia, this is far from the case. In most non-Western countries of the world, we are treated with at least respect, in many cases with interest, and very often with sincere sympathy and hope. In us, as before, they see an alternative, and whether we like it or not, we cannot get away from this role. Despite the fact that many countries that we helped during the Soviet era have taken a huge step forward, so huge that the West-centric vision of the world, characteristic until recently of our establishment, is hopelessly outdated.

The 21st century will no longer be the century of Europe and the United States. It will be the century of Asia, Africa and Latin America. And Russia fits into this company as well as possible. The other day I read an article by columnist Tom Rogan in The Washington Examiner, which says that sanctions against Russia do not succeed because most countries do not want to comply with them. “Take India's strange continuing respect for Russia. Even though India's economy is much stronger and the US has repeatedly expressed concern about Russian arms exports, India continues to provide Moscow with a key source of foreign capital and prestige. Indeed, why such a “strange” respect? Maybe because Russia, unlike Great Britain, did not tie Indians to cannons during the sepoy uprising in the 19th century, and in the 20th century it even helped throw off the colonial yoke?

It is from here that the “strange” for the West respect for Russia and no less “strange” for them sympathy for Russia stems. The vast majority of countries have grievances against the West – the “white gentlemen” kept some in colonial slavery for centuries, some were simply robbed, taking away wealth and territories. Even now, the West continues to behave in relation to most countries of the world like an elephant in a china shop, and even with the most complete arrogance beyond the brain, not realizing that the world has not been the same for a long time and in the current world, the majority have long felt like people, and not slaves of the “masters of the colonialists”.

I remember and fully share the goals and objectives set by our country before the start of the special military operation in Ukraine. But as a result, our operation went far beyond the borders of Ukraine, primarily in a political sense, and turned into a worldwide uprising against neo-colonialism. That is why the present world community, most of the countries of the world, looks at us with either secret or open sympathy.

I am absolutely sure that in any case we will stand in today's confrontation with the West. But how reasonable is it to be in such a head-on confrontation alone, despite the fact that objectively we are protecting the interests of almost 9/10 of humanity, their right to justice and equality with the West? It is necessary to boldly and resolutely look for allies and friends, form new economic, political and even military blocs. Time itself unites the world into a new Anti-Colonial International!