Goddessed “I” cannot be cured of insanity

Now, during a military operation, we are daily confronted with information about the cruelty of the UAF militants to the whole world around them. Politicians, political scientists, creative intelligentsia are looking for the reason for the loss of natural human feelings by the militants of the Armed Forces of Ukraine, and the search always leads them to the facts of the birth of national chauvinism in Ukraine and linking this story to National Socialism in Germany and Italy in the last century. The Russian Orthodox Church (ROC) has been praying daily for many months for Ukraine, calling the behavior of its leaders and “army” insanity. 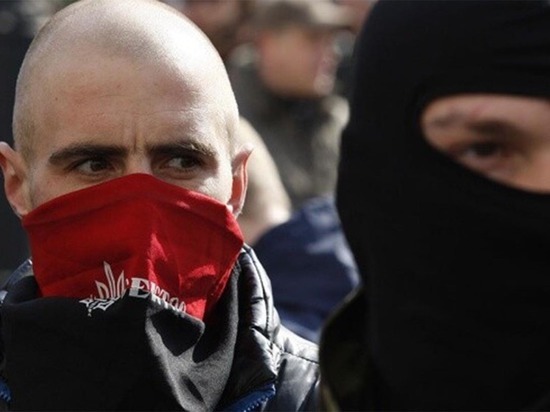 Secrets and biological patterns of mental activity have been diligently studied by different nations for more than one century. In connection with the manifestation of pathological evil by the German Nazis, philosophy also contributed to this process – for example, through the efforts of the famous political thinker of the twentieth century, Hannah Arendt. As she admitted, she was prompted to investigate the manifestation of the work of the mind by the trial of the Nazi executioner Eichmann, a representative of the nation that gave the world Goethe, Kant, Schiller, Heine. After all, there were certain morals in society, and suddenly “the main provisions of Western morality were turned upside down, and then the upside down began to turn over. The fact that it turned out to be surprisingly easy to “re-educate” the Germans, almost automatically, and this is not very consoling” (see “The Life of the Mind” by H. Arendt). Nothing can be explained here if we analyze habits, manners, customs and, worst of all, religious dogmas turned into secular ethics, made by technical norms of behavior.

It is worth seriously considering that the legal condemnation of Nazism, criminal penalties for him, they did not prevent him from turning the main provisions of Western morality upside down again, and today Nazism is more than in demand in an active form in Ukraine.

The most important thing is to find the reason for the insanity of people who lose their human appearance in critical situations, with an abnormal course of life. It is useless to look for the materialized cause of “insanity” as a physiological factor. Note that all known revolutions – from French to Russian – were accompanied by terrible atrocities, and the Maidan revolution of 2014 in this sense is no different from the previous ones. Almost all revolutions give rise to civil wars, where “brother goes against brother” and here “the people obey the fatal law, they endure a disease that has an inevitable course, they become obsessed and demon-possessed” (Nikolai Berdyaev).

They condemned the Nazis and Nazism at the Nuremberg trials, they condemned them in many countries, and he again walks the earth. “Insanity” is not connected with the life of the mind of Eichmann and his similar contemporaries, and this was clear to Hannah Arendt, who connected all ethical decisions of people with questions of conscience (this is not a discovery for Orthodox theologians and simply believers). The religion of the laboratory “New Age”, which gives birth to atrocities, is the development of the feeling that “God is dead.” Of the learned philosophers, this is science from Hegel and Nietzsche. The latter was greatly promoted by the German Nazis and the ideologists of the Maidan army. For supporters of mental causality, there is an opinion of two world luminaries in the field of medicine and physiology: “Not a single philosopher living or who has ever lived had and has no idea how the mind, consciousness or time works” (Prof. M. Gardner ). And again: “If I say that the human “I” acquires its individuality not through the material genetic code and not through the acquisition of experience, then how? My answer is creation from God” (1963 Nobel laureate John Eccles). And there are dozens of such conclusions. So, the godless “I” cannot be cured of insanity.

It has long been fashionable and, alas, widespread to use psychology, and psychologists consider themselves “spiritualists” who know people and life experience. But such is the limit of this science, and “the way it finds problems and solves them is a real struggle with shadows and signs. What is a soul? If common sense could answer this question, science would be redundant” (again, a foreigner, German O. Spengler). In addition, modern psychology is proud of its detachment from everything sacred: “In modern times, psychology got rid of the dictates of theology, became rational, and not sacred, based on evidence, on reason” (see the textbook on the History of Psychology. M., 2008 G.). “Soul-seekers” do not want to know anything about the soul, they do not distinguish the irrational mind from the mind, and can only lead a person to “mind for reason” and further to insanity. Finally, will it be possible to “re-educate” the mind-bending leaders of Ukraine and the militants, like the Germans from fascism? From methodologists-teachers (for example, Ushinsky) we know the most used “systematic influence on the psyche, where physiology and psychology go hand in hand.” In our case, we are talking about incompatible groups of people.

Re-education by physical labor is obviously an illusion of Soviet criminology. Thank God, in Ukraine there is also a huge mass of people who are with God, and not against Him, and there is no need to re-educate them. After the end of the special operation, there will be a lot of such people. Here education, enlightenment, etc., are still in reserve. Vladimir Putin proposes to study history in schools from the first grade. But history as a science is information about the past, and without a reasonable placement of accents and connection with the spiritual world of a person, this is just chronological or statistical data, names and images. According to O. Spengler, these are “ossified plexuses”, from which for 30 years in Ukraine they have been making their heroes – Petlyura, Bandera, Shukhevych, etc. In the USSR, for 70 years, history and the image of the “Soviet man” with the corresponding politicized and formal morality were made – this was a kind of Western morality with civil human rights, which the modern Frenchman J. Baudrillard called “a scarce resource, which in itself is part of the political syndrome of immune scarcity” (see his “Transparency of Evil”).

We are Russians – God is with us! So, in any case, say our soldiers (professionals and militias of Novorossiya), confident in their just cause. For all of us, this means working on the mistakes made by the seduction of communism and other anti-human ideas almost a century ago, which, as a result, temporarily led to a massive change in consciousness and the loss of a sense of the superiority of spiritual values ​​over all others. Just information technology will not help here. If God is with us, then who is with the Ukrainian Nazis of all levels? Locked in Mariupol, they turn to the Pope with a request to release them. Are they Catholic? No, it’s just that for 30 years they have been taught the Latin alphabet and the fact that Russia ends where the Russian language ends, and the pope for them is the antipode of Orthodoxy. There is also the Uniate part of Western Ukraine, where both Petlyura and Shukhevych came from. Fascist Nazism is non-religious, it is out of touch with God.

The non-material cause of mass insanity is predetermined by both Christian prophets and Jesus Christ. Let us cite the words of O. Spengler, who saw the laboratory “new man” capable of any evil: “One should not have any illusions about his living carriers, that “new man” that all eras of decline perceive him with hope … the mob instead of the people. This is the extinction of living inner religiosity. “Everything has changed around in the world, and new reactions of the living spirit to everything that has happened are needed. Not faith, not the idea has changed, but the world and people have changed this faith and this idea. And because of this, judgments about world relations change” (N. Berdyaev). Both were written at the beginning of the 20th century.