A bill has been submitted to the State Duma that proposes to ban the issuance of distribution certificates for films that promote “denial of family values ​​and non-traditional sexual relations”, as well as dissemination of such information in general – both in the media and on the Internet. There is no doubt that this is just the first of a series of initiatives on a topic that has recently been brought back to the agenda by politicians. 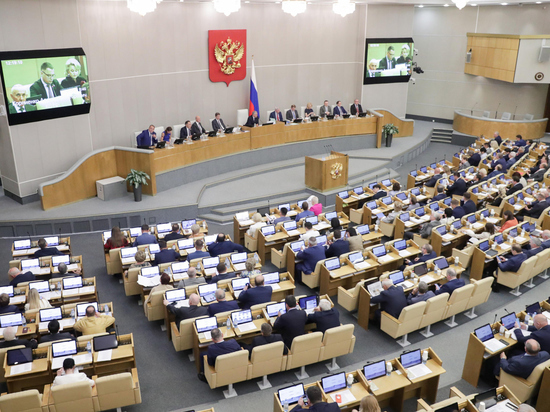 The bill was signed by three communists (among them – the head of the Duma Committee on Family, Women and Children, Nina Ostanina), two right-wing Russians (among them – an actor and a film director Nikolai Burlyaev) and member of the LDPR faction Alexei Zhuravlev.

The explanatory note to the initiative states that the denial of family values, the propaganda of the so-called. the “childfree” lifestyle (without children) and the popularization of non-traditional sexual relations “are no less dangerous for the development of Russian society” than the propaganda of drugs, suicide and extremism.

Moreover, the propaganda of non-traditional sexual relations, according to the authors, in modern Russia is carried out on all fronts: both through the media and through public events, online film screenings, and demonstrations in the cinema, where “such deviant behavior is presented as the norm.” Public approval and recognition of such relations affects young people, the deputies believe, which “puts the issues of demography and economic growth at risk.”

It is proposed to amend three existing laws.

In the law “On information, information technologies and information protection” – to prescribe a ban on the dissemination on the Internet of information that promotes “the denial of family values ​​and non-traditional sexual relations”; sites that distribute something like this will have to be blocked and entered into the register of prohibited ones.

In the law “On State Support for Cinematography of the Russian Federation” – to fix a ban on issuing a rental certificate to films that again promote “the denial of family values ​​and non-traditional sexual relationship.”

Similar changes are planned to be included in the law “On Mass Media”.

Neither in the text of the bill nor in the documents accompanying it is it clear what exactly should be considered “propaganda for the denial of family values” in addition to the aforementioned propaganda of life without children: will a film where a generally sympathetic hero get divorced be propaganda for the denial of family values? cheating on his wife? And there are many such films among the Soviet film classics, which are perceived by a significant part of the deputies as a reference …

The government has not yet expressed its opinion on this initiative. But in the fall, the topic raised in it will certainly appear on the Duma agenda.

Recall that in early July, State Duma speaker Vyacheslav Volodin already spoke out in support of the ban on “propaganda of non-traditional values”. He was also supported by the head of the relevant Duma Committee on Information Policy, Information Technologies and Communications, Alexander Khinshtein (ER).

Commenting on the reports submitted to the State Duma on July 18 by deputies from the Communist Party of the Russian Federation, the “SR” and the Liberal Democratic Party draft law, he noted that so far the text of the document has not been studied, and “the authors have not previously discussed anything with the committee.”

About those initiatives on this topic that the committee itself is preparing (which was announced earlier), Mr. Khinshtein said this: “We believe that it is premature to present them now, and we will not submit them to the State Duma without a preliminary public discussion: the topic is too important, it concerns the rights and freedoms of citizens.”