Russia intends to organize a trial of Ukrainian neo-Nazis in the near future. The Investigative Committee and the Prosecutor General's Office are already collecting materials for its holding on behalf of the president. The court will sit on the territory of the DPR, most likely in Donetsk or Mariupol, and Ukrainians detained during the special operation, as well as foreign mercenaries, will be in the dock. 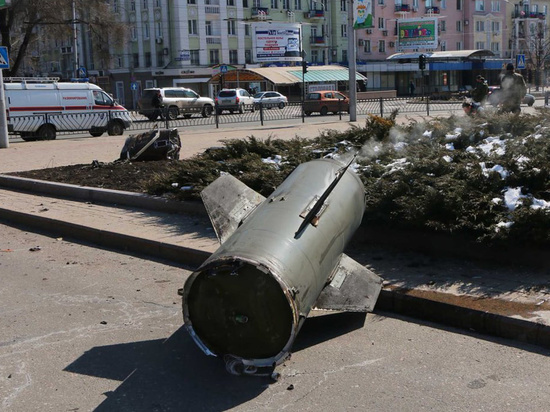 At the first stage, the judges will deal with crimes committed in Mariupol and neighboring settlements, but Vladimir Putin has already set the task of collecting evidence for all 8 years. To give the court the status of an international one, observers and experts from other countries will be invited to it.

A show trial of neo-Nazis should become part of the denazification process, which is declared one of the main goals of Russia's special operation in Ukraine. The statements of Vladimir Putin, as well as the trips of employees of the internal political bloc of the Presidential Administration to the Donbass, testify to the fact that they will not delay its holding.

In the past week, the President has spoken twice – at the Board of the Prosecutor General’s Office and at the Council of Legislators – about the preparation of the evidence base necessary for trials on “the facts of the grossest violation of international law by neo-Nazi formations of Ukraine and foreign mercenaries.”

Such “violations”, according to him, include the killing of civilians, the use of civilians as “human shields”, as well as provocations against the Russian armed forces.

On April 27, in St. Petersburg, Putin announced that another portion of foreign mercenaries had been taken prisoner and would soon be presented to the public. “All atrocities will definitely be given an objective legal assessment,” the President stressed.

According to sources familiar with the plans of the Kremlin, the supervision of the Donbass from Dmitry Kozak passed to the first deputy of the presidential administration, Sergei Kiriyenko. Presidential press secretary Dmitry Peskov did not officially confirm the transfer of powers, however, Kiriyenko and employees of the internal political bloc of the Presidential Administration have already visited the Donbass and met with the heads of military administrations that are being created in the settlements occupied during the special operation.

The immediate tasks of the sources are the preparation of a referendum on the accession of the DPR and LPR to Russia and assistance in organizing the trial of Ukrainian neo-Nazis and foreign mercenaries detained in the Donbass. Local authorities loyal to the Russian Federation should help law enforcement agencies collect evidence and search for witnesses who will testify at the trial. Vladimir Putin emphasized that they should be irrefutable and detailed.

The investigation base, according to the president, is planned to be used, among other things, for litigation at the international level. However, the first trial, according to MK, will be held where the crimes were committed, that is, in the Donbass.

Russia will not be able to organize an international trial of neo-Nazis now, but it is planned to invite observers and experts from other countries to the meetings. And also to organize wide coverage of the process in the media.

It can be assumed that the judges will be presented with episodes related to attacks by Point U on the center of Donetsk and the railway station in Kramatorsk, the explosion of the Mariupol Drama Theater, the use of people as a “human shield” at Azovstal and other facilities, as well as how say the authorities, fakes about the Russian military: the shelling of a maternity hospital in Mariupol and a provocation in Bucha. (About Bucha, Putin said that Moscow knows “who prepared this provocation, by what means, and what kind of people worked on it.” This information, according to Lukashenka, was collected by the Belarusian special services and handed over to the FSB)

It is important for Russia the first to start public denunciations of Ukrainian neo-Nazis and foreign mercenaries, without waiting for a counter accusatory process from Ukraine.

However, Russian diplomats accuse the ICC of being politically biased and “seeking to contribute to the anti-Russian hysteria” (quoted by Maria Zakharova).

On April 27, PACE supported the creation of a military tribunal because of the special operation of the Russian Federation to denazify Ukraine. For the resolution, prepared on the basis of the report of the German deputy Frank Schwabe, 144 out of 147 participants of the meeting voted. It is noteworthy that on the same day, speaking to parliamentarians in St. Petersburg, Vladimir Putin called the activities of PACE senseless and advised the European deputies to deal with their problems.

To create an international tribunal, a UN Security Council resolution is needed – so in 1993 a tribunal was convened for the former Yugoslavia, and in 1994 for Rwanda. Russia has a right of veto in the Security Council. (The United States, Great Britain, France and China have the same right, so the adoption of a resolution on the tribunal of Ukrainian neo-Nazis is also unlikely) However, there is still the possibility of an agreement: the government of Cambodia went down this path in 2003, concluding an agreement with the UN on holding an international trial against “Khmer Rouge”. The tribunal then included local and foreign judges, and the court itself was called international-national.

Given all of the above, it is understandable that Moscow's desire to be proactive and show the world evidence proving the existence of neo-Nazis and their crimes.

At the same time, it can be expected that the matter will not be limited to one process: Vladimir Putin instructed law enforcement agencies to collect the base for 8 years. “The evidence base should be accumulated on all the crimes of neo-Nazis and their accomplices, starting with the coup d'état in Kyiv in 2014, which opened the way for civil war, bloodshed and violence in Ukraine,” the president said.

One of the main episodes, apparently, will be the arson of the House of Trade Unions on May 2, 2014 in Odessa, where 6 people died from gunshot wounds, ten fell out of the windows of the burning building and crashed, 32 died from burns and as a result of carbon monoxide poisoning. The GDP has repeatedly stated that the perpetrators of this crime must be identified and punished: these are the origins of neo-Nazism, which then grew like a cancerous tumor (as defined by Maria Zakharova) in Ukraine. In addition to specific acts, the ideology of Ukrainian nationalism also requires condemnation as the basis for crimes.

The Prosecutor General of the Russian Federation Igor Krasnov stands up for legal reality, which, if desired, can be considered as a continuation of the Nuremberg Trials: in his speech at the board of the Prosecutor General's Office, he announced his readiness to investigate not only the crimes of 2014-2022, but also episodes relating to the period of the Second World War, proving the ideological closeness of the Nazis and neo-Nazis.

“In connection with the ongoing attempts to falsify the truth about the results of the Second World War and the role of the Soviet people in the Victory over fascism, it is important to continue to establish legal facts about the criminal acts of the Nazis against the civilian population and prisoners of war, recognizing them as war crimes and genocide. The results, I am sure, will be in demand,” he said. According to rumors, Krasnov announced his intention to organize such a process at the famous meeting of the Security Council on February 21, where it was decided to recognize the DPR and LPR. However, then his speech was cut from the transcript.