The man is a legend. Epoch man. The man who changed the course of history – in relation to the deceased Mikhail Gorbachev, even such epithets look like a hopeless understatement. “We all came out of Gogol's greatcoat,” Fyodor Dostoevsky once said (or, they say, he said). But it was a long time ago. And the modern world came out of “Gorbachev's overcoat” – or, rather, from his strict business suit of the General Secretary of the Central Committee of the CPSU. 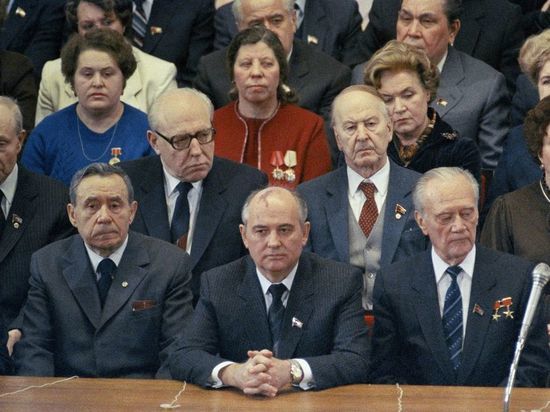 Mikhail Gorbachev with members of the Politburo March 7, 1985 at a concert at the Bolshoi Theater dedicated to International Women's Day. Chernenko will die in three days, soon Gorbachev will become General Secretary of the Central Committee of the CPSU Photo: AP

Euphoria, a sense of liberation, a foretaste of a truly joyful and bright future – this is Gorbachev. The unexpected collapse and disintegration of a great power, empty store shelves, huge queues, the prospect of devastation and famine – this is also Gorbachev.

And one should not think that the significance of the accomplishments, breakthroughs, failures and failures of the first and last president of the USSR is a thing of the past. What happened on February 24, 2022 is, in a sense, also Gorbachev. It only seemed that the Soviet Union collapsed in December 1991. As it turned out now, this process of decay did not stop – it turned out to be partly creeping, partly hidden. But this year, the accumulated negative political energy broke out. And the question of what would happen if someone else, and Mikhail Gorbachev, who had not lost his political effectiveness by that time, was at the head of the project to save the USSR, suddenly became amazingly topical.

Do I remember the principle: either good things about the deceased, or nothing? Of course, I remember – especially since there are very, very many good things to be said about Mikhail Sergeyevich.

Most politicians are cynics. Gorbachev always remained an idealist and a romantic – first a romantic of Leninism, then of socialism with a human face. Or did these two concepts remain synonymous in Gorbachev's mind until the collapse of the USSR?

It so happened that in the past weeks I have read or re-read several memoirs or analytical works about the Gorbachev era. And this amazing image was deposited in my memory. 1991 Among serious politicians, almost no one considers Lenin their reference point. And the president of the USSR is frantically trying to unravel the tangle of modern political problems – the prospect of the collapse of the Union, competition from Yeltsin, the economy falling into the abyss – looking for inspiration, clues and the right ideas in the writings of the founder of the Soviet state.

Doesn't this sound very pragmatic? Not only does it look – it's not (correct: it wasn't) pragmatic. In terms of apparatus intrigues and maneuvers, in terms of political tactics, Gorbachev was a very skillful practical politician. But first of all, he was a man of big, global, even universal ideas.

The tragedy of both Gorbachev himself and the country he headed was that the practical and pragmatic content of his ideas often (I can’t pretend – almost always) frankly limped. Anti-alcohol campaign: conceived from the purest and noblest of motives. Result: failure. Reforming the Soviet economy: the same. Reforming the political framework of the Soviet state: the same thing again.

Of course, Gorbachev managed to end the Cold War and reconcile Moscow with the countries of the West. If I had written these lines 20 years ago, this could be the end of it. But history continued to flow. And this achievement of Mikhail Gorbachev no longer looks so indisputable.

Applauding the last Soviet leader, the West gladly accepted his unilateral concessions and gave nothing in return (“if you don’t know how to play political poker, then don’t sit down at the table with experienced players!”) The Cold War resumed with renewed vigor — in its more dangerous and much more tragic for the former USSR version. And the roots of this turn of events — sorry, you can’t erase the words from the song — were buried, including during Gorbachev’s rule.

Gorbachev also gave us freedom – as a journalist, as a representative of a profession that has gained immeasurably much, one might even say, gained wings as a result of the reforms of the last Secretary General, I write these lines without any irony.

But here is what else needs to be added here. Mikhail Sergeevich's colleague in the club of world leaders of the 80s of the last century, Deng Xiaoping, did not “give the Chinese freedom.” On the other hand, he managed to raise the economy of his country, launch the mechanism of economic reforms in the PRC.

Gorbachev was disgusted by the very idea that the state sometimes needed to use force. Deng Xiaoping used force without hesitation: he was not afraid of the victims and drowned the anti-government demonstrations on Beijing's main square Tiananmen in 1989 in blood. Thirty years later: the Chinese state is strong and united. And two once very close to each other republics of the former USSR are locked in a bitter conflict.

And no, I am not trying to belittle the political legacy of Mikhail Gorbachev, to burden him with the sins, mistakes and miscalculations of other leaders – both those who ruled before him and those who came to power after him. I'm just showing how complicated, confusing and ambiguous everything is.

One has to write about leaders of the scale of Mikhail Gorbachev in exactly this way, in the spirit of the full version of the phrase with which I began this text – “About the dead, it's either good, or nothing but the truth.” True, justice – for Gorbachev, as I said, these concepts were not abstractions. He sincerely wanted to do what was best. He did a lot. And he failed a lot.

I feel the pain of Gorbachev's departure. Mikhail Sergeevich is my childhood. Childhood – both in terms of age, and in terms of the time when you still believe in miracles. In 2022, I no longer believe in miracles, as well as in political romance. Reality, as you know, is not at all conducive to such a belief.

It is symbolic that it was in this year that Mikhail Gorbachev, a political giant and a politician who failed, passed away. Gorbachev left, but the world he created remained. I hope that this world still has a bright future. This would definitely be the best monument for Gorbachev. 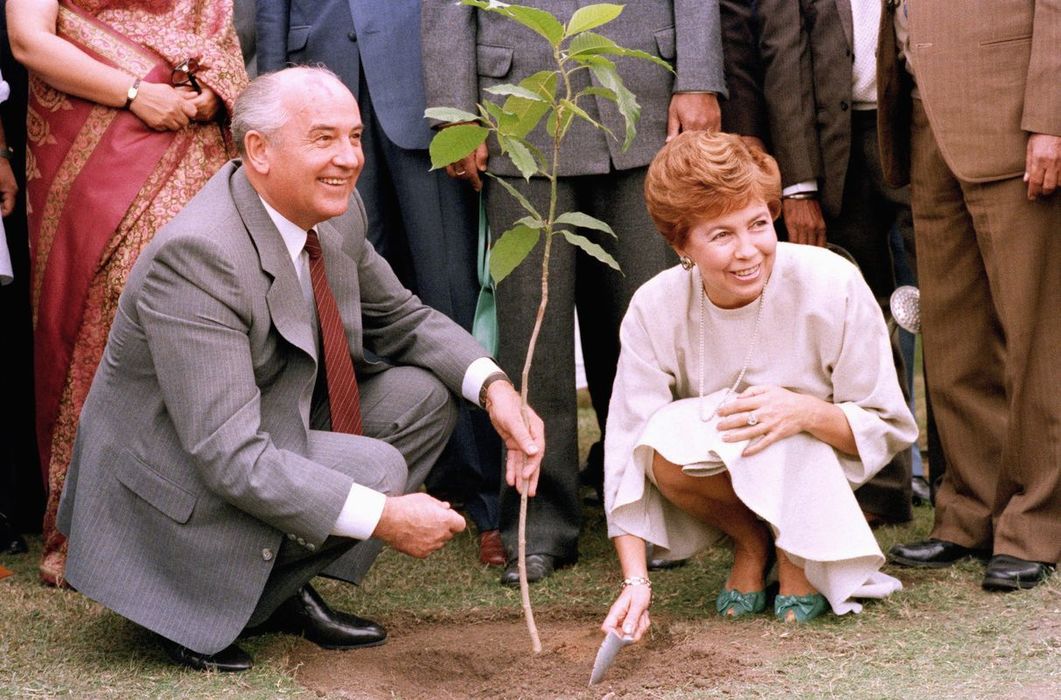