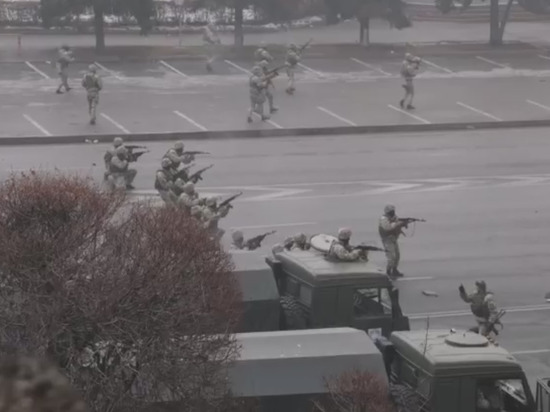 Photo: Still from the video

Professionals were working on the preparation of the seizure of power in Kazakhstan, said the President of the Republic Kassym-Zhomart Tokayev.

Recall that the first mass protests in Kazakhstan took place in the first days of January of the new year – residents of the cities of Zhanaozen and Aktau, located in the western part of the country, opposed a twofold increase in prices for liquefied gas. Demonstrations were then observed in other cities, including Almaty. There were cases of looting, militants attacked state institutions, took away weapons. In response, the country's authorities declared a state of emergency throughout the republic until January 19 and launched a counter-terrorist operation. According to UN information, about 1,000 people were injured during the protests in Kazakhstan. According to the Ministry of Internal Affairs of the country, 17 security officials were killed, another 1.3 thousand were injured.