Ukraine is very selective about guests from across the ocean. If Johnson and Blinken were welcome visitors, meetings with which were described with enthusiastic overtones, then UN Secretary General António Guterres was in the cohort of those who are not very happy to see in Kyiv. 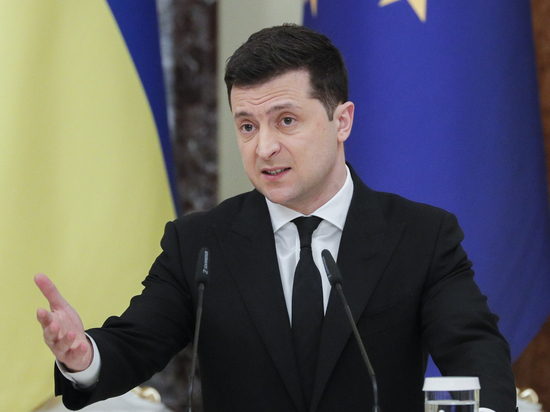 On his personal initiative, the UN Secretary General visited Russia and Ukraine in turn. First, Guterres decided to visit Moscow, where he met with President Vladimir Putin and Russian Foreign Minister Sergei Lavrov. After that, he went to Kyiv, where such a sequence of working visits of the head of the UN has already been criticized.

The decision of Guterres to arrive in Ukraine in the second place was first condemned by Ukrainian President Volodymyr Zelensky, saying that the Secretary General was acting “illogically.” In addition, Zelensky demanded “real help” from the West and said that “Ukraine is not a country for tragic selfies.”

Advisor to the head of the presidential office, Mikhail Podolyak, took an even tougher stance towards both Guterres himself and the United Nations in general. Podolyak was not only indignant at the consistency of the schedule of visits of the UN Secretary General, but expressed dissatisfaction with the work of this structure, calling it a “weak organization.” In addition, the adviser to the Office of the President did not like that the UN was talking about humanitarian corridors only now.

This is not the first time that Kyiv allows itself to be rude towards representatives of the international political community. For example, one can recall how Ukraine two weeks ago refused to host the President of Germany, Frank-Walter Steinmeier, because Germany, as the Ukrainian leaders considered, does not provide Ukraine with proper support by not imposing an embargo on Russian oil and gas.

Ukraine began to speak negatively about NATO. Zelensky repeatedly accused the Alliance of unwillingness to defend Ukraine, and the country's Foreign Minister Kuleba accused NATO of weakness in the same way that Podolyak now accused the UN of this.

Why did Kyiv often allow itself such diplomatic rudeness, “MK” experts said.

– Kyiv leaders say something similar even in relation to the USA. They now feel that everything will be forgiven them. Now they are in such a situation that they cannot be punished by those whom they offend. This will be a decrease in the degree of support, they use it and become impudent. That's what Guterres got. Not really understanding world politics, in Kyiv, nevertheless, they understand that the UN is becoming less and less authoritative organization in the world. Based on this, they realize that Guterres will not do anything to them anyway.

– Judging by the general tone of official Ukrainian statements, such a format and such approaches are now applied to almost everyone. And here the UN Secretary General is no longer the exception, but the rule. In Ukraine, they are well aware of the level and degree of influence of the organization and the Secretary General, therefore they believe that it is quite permissible to express their protest in this form, their negative perception of what is happening. Moreover, there can be no question of any consequences from the UN for Ukraine. In this regard, a very convenient target has been chosen, from which one should definitely not expect any intelligible answer to such statements.